Build of an RC Avro Vulcan B2 Bomber

This is the build of  Avro Vulcan B2 Bomber 36″ wingspan depron bomber with two brush-less pusher motors was available from Green Air Designs.

Flies extremely well on a 1300mAH Lipo battery.  Depron is usually used for floor insulation but is used as one of the main building materials for Radio Controlled planes these days

Its finished as the Vulcan that bombed the runway at Port Stanley in the Falklands  – XM607 Which is on display at the RAF base Waddington in Lincolnshire.  Highly recommended the book Vulcan 607 http://www.amazon.co.uk/Vulcan-607-Rowland-White/dp/0593053915.

The operation was known as Black Buck and wouldn’t have been possible without the Handley Page Victor tankers, about a dozen were required.  XM607 was actually the backup as XM598 had a problem with a window seal had had to turn back.

The raid at the time was the longest bombing raid ever – 8,000 miles.

The Vulcan shows 175 Watts on the watt meter with a weight of 20 oz with a battery it has 140Watt per pound so she has ample power.  The battery is a 1300mAH 3s lipo. Launching her is very easy and looks great in the air.

I crashed her and she’s in the repair hanger just started fixing her. My fault I had the battery in the wrong position and she wasn’t happy and did a backflip followed by nosedive.  Ouch!

All repaired and flying again even better.

Why build a Hawker Hurricane in foam with a Hot Wire CNC foam cutter? Well...

Cheap and Strong I’ve used the brown paper method on several projects including my latest...

Printing ABS on a 3d printer can be a little harder than PLA. Up until... 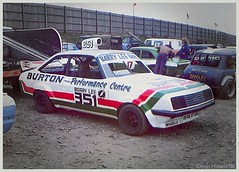