FPV (First Person View) if you don’t know is probably as near as you can get to real flying without being in one of those big simulators costing lots of money.  Basically you can see what the model is seeing (if it could see!).

I did try the FPV gear on my smaller flying wing http://www.rckeith.co.uk/hot-wire-cnc-ymf-38-flying-wing/ which I built as the first test on my CNC machine.  But it made it very unstable so hence I’m building this wing.

I decided to build a blunt nose version so the middle section could house the electronics.  Its made from XPS foam.

I’m using a small LCD screen with a shroud before I decide to buy  Fat Shark goggles.  I need to see if I like this type of flying.  The FPV gear I’m using is all based on Bruce Simpson RCModelReviews youtube channel recommendations.  He knows his stuff.

The camera I used is very similar to the one below 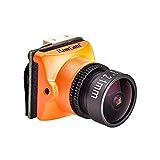 The maiden flight of wing was without FPV just to get it trimmed out, and whew it was very lively until I got the throws and rated dialled in.  The motor I selected was a bit under-powered so I updated this for 3528 1400KV which was a lot better.  The second flight was with FPV powered up but not using the DIY goggles just to test the picture was getting back OK.  Third flight I took off without the goggles on and then got one of my club mates to take over the controls while I got used to watching through the goggles.  After a couple of minutes I took over and it was a bit scary and I didn’t last long.  The wing was a bit lively so added a Hobbyking gyro the OrangeRX RX3S 3-Axis Flight Stabilizer to get the wing more stable, before the next try.

We’ll the gyro didn’t work very well and caused the demise of the wing.  First flight with it felt strange and so I decide to land and turn all the gyro pots right down so they would have no effect.  On the 2nd launch, the wing went off OK for about 30 feet and then just did a nose dive into the ground for no apparent reason and destroying the wing.  Luckily the camera and all the electronics survived.

On reflection I don’t think I got the design right to suit FPV, I had to add a lot of lead to get it to balance.   I will build another but I think I will add more sweep to the wing.

Here is the build of a Radio Controlled Avro Lancaster Bomber from Priory Models which...

My first Mig-29 This is my Mig-29 Fulcrum built from an RCPowers plan.  http://www.rcpowers.com This...

Why upgrade the Anet A8 heated bed power supply I’ve upgraded my Anet A8 to...

When I decided to build my first CNC machine I didn’t have any real idea... 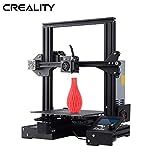